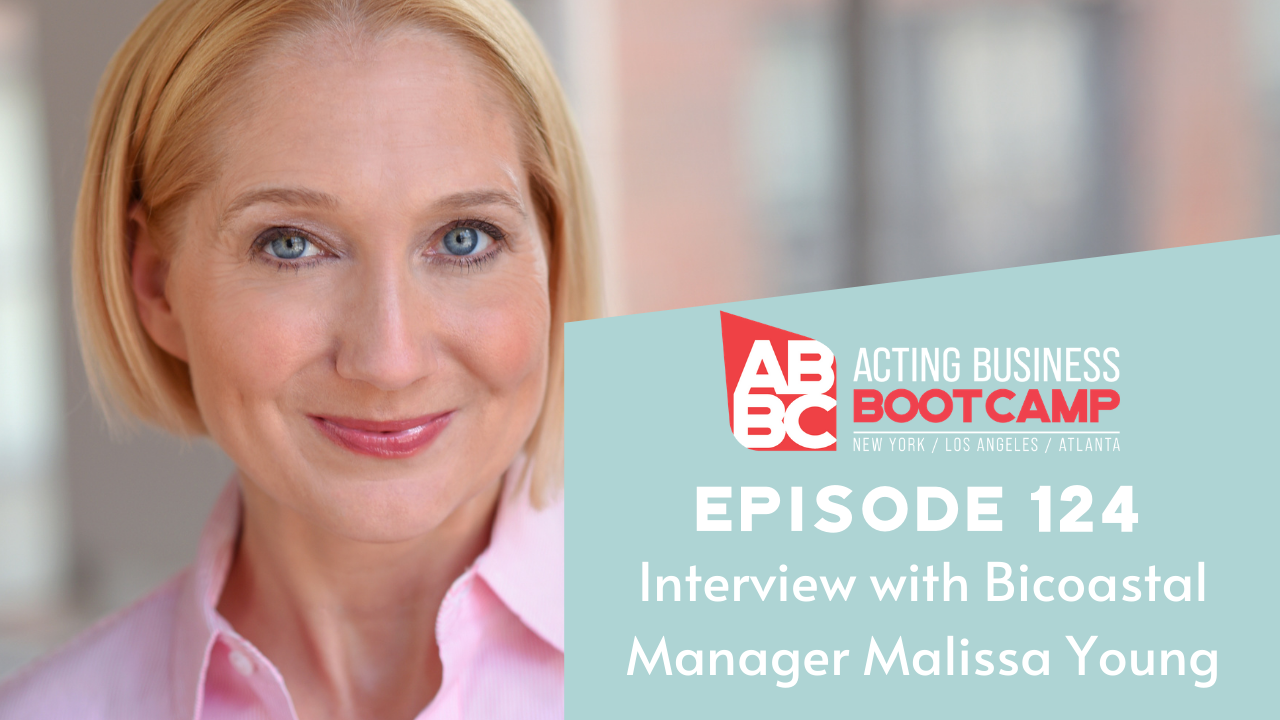 Malissa’s Motto, “One foot in front of the other.”

In this episode Malissa and I talk about:

Why you MUST invest in a self-tape setup.

What it means to be a bicoastal manager.

What she looks for when looking for new talent.

What a pitch deck is for actors looking for representation.

The importance of following up.

Your resume and skills should be honest.

Qualities of her favorite clients:

What Melissa wants actors to know but doesn’t have time to tell them:

Episode 123: Is Your Resume Speaking the Right Language? 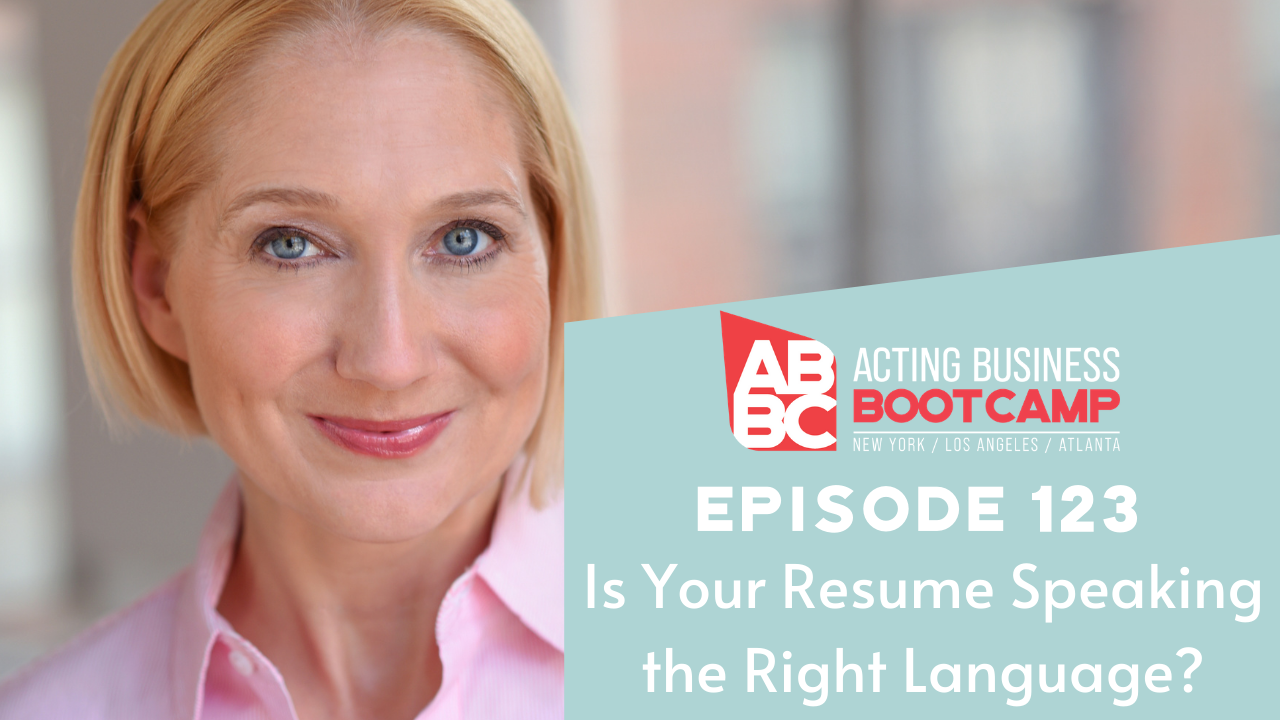 The Language of the Agents and the Casting Director is spoken in:

The outline of a resume: If you put so much stuff on it that it’s hard to read, it’s going to get deleted or discarded and you don’t want that! 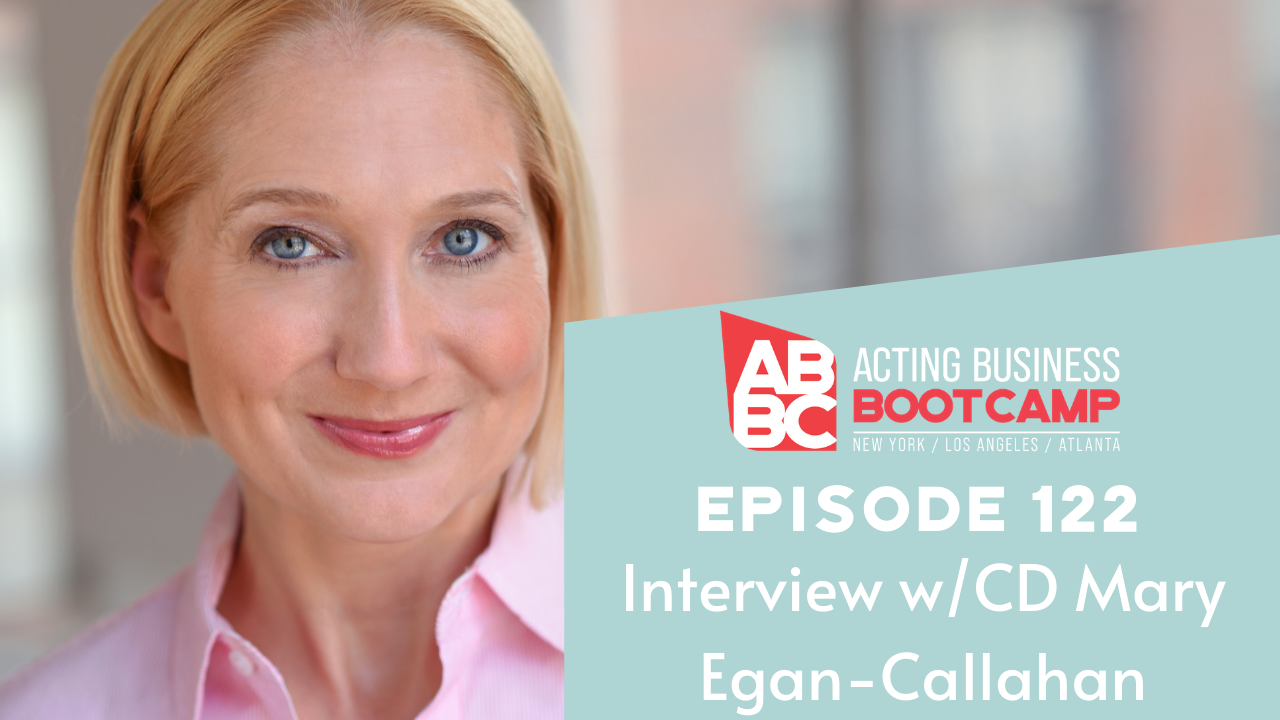 How does a casting director get hired?

By reputation. Selling themselves and working with them and getting rehired.

How does the process work?

They will send scripts, usage, when it’s shooting, the boards, and conflicts, character breakdowns.

CD sends them out to agents-- to their favorite agents (about 10).

Agents send a list with pictures and CDs send back a list of who they want to see/ self-tape.

CDs send the auditions to the ad agency and the director.

Ad agency and directors send back a list of callbacks.

The client decides who gets the role.

Qualities of actors you love to have in the room:

Mistakes actors make in callbacks: They go into the callback putting too much pressure on themselves.

“You don’t go in asking for the job, you go in the room doing the job.”

Episode 121: Life Coaching for the Actor 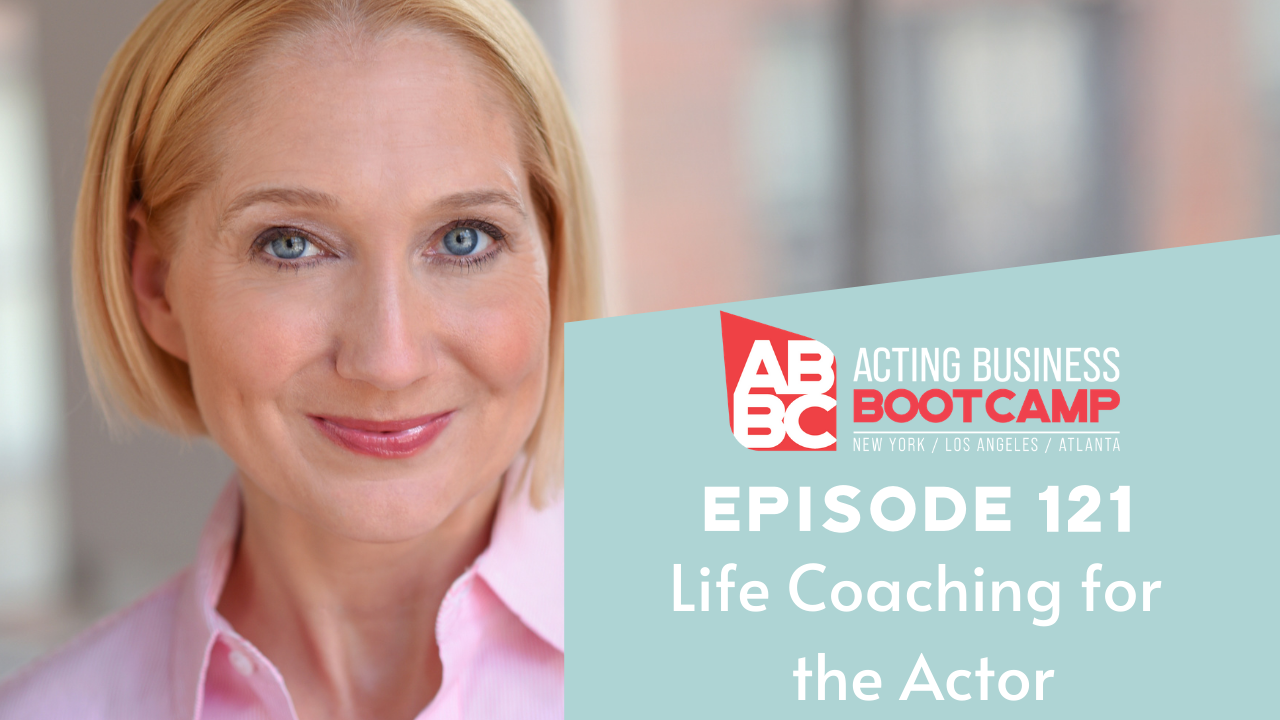 Sign up for the Free Webinar, The Three Pillars to a Successful Acting Career, also known as, How to Become a Working Actor Without Breaking Your Bank and Wasting Your Time, HERE

What is Life Coaching?

What are your ultimate goals?

Then we start to work on the action steps?

When they don’t get done, what is getting in your way?

“Don’t ever underestimate how good you have to be.”

The Importance of Core Work

"For Coaching work to be successful, it has to be nuanced."

Goals: What are you doing to achieve this goal?

“Anxiety and fear come into the room because they are there to serve us and protect us.”

Choose the hard that serves you and your end goals.

Fight, flight, or fawn— Show up in auditions 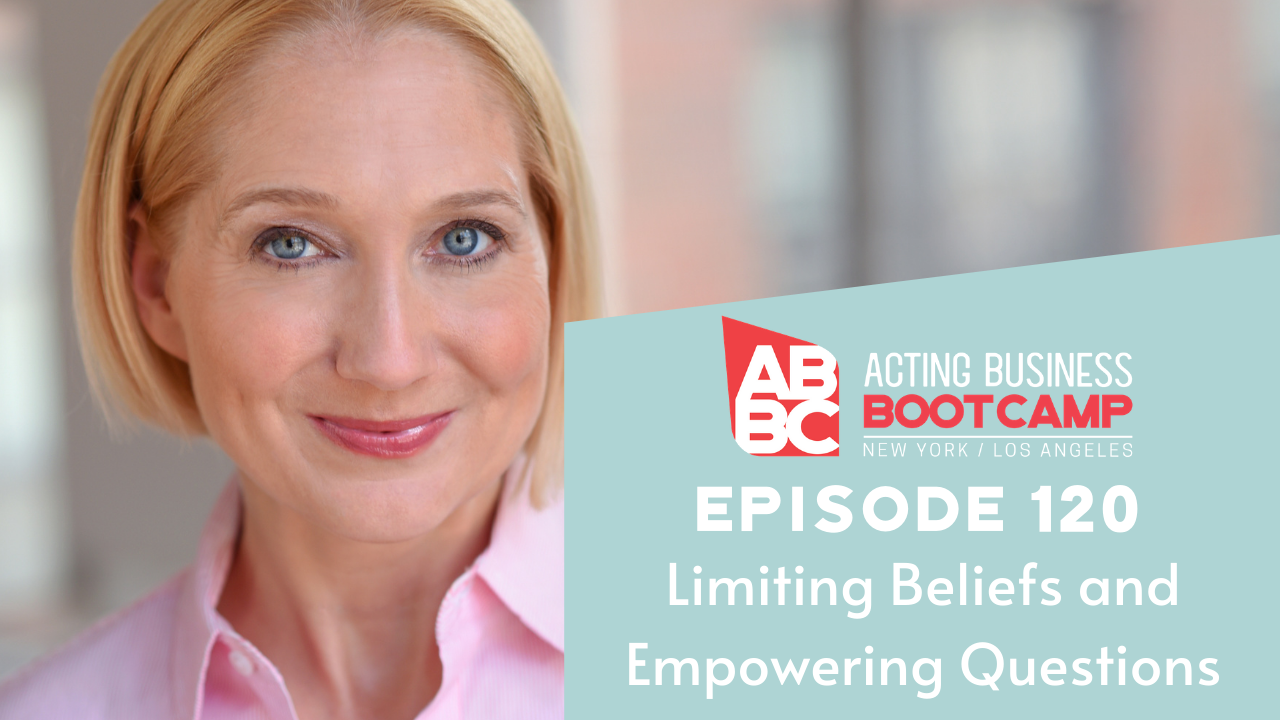 We are each the product of our own belief system

Carl Jung, “Man is so imprisoned in his type of thinking that he is simply incapable of fully understanding another standpoint.”

Warranty, “if you don’t like the one you have, you can return it for one that is more preferable.”

You can change the beliefs that created your reality.

Limiting Belief: Something you accept about life, about yourself, about your world and the people in it that limits you in some way.

Curt Carlson, “Obstacles are those frightening things you see when you take your eye off the target.”

The thing that gets in the way: all the bullshit in the industry that has actors going in too many directions.

Write down 3 Limiting Beliefs about you or your acting career.

Ask yourself these Empowering Questions: 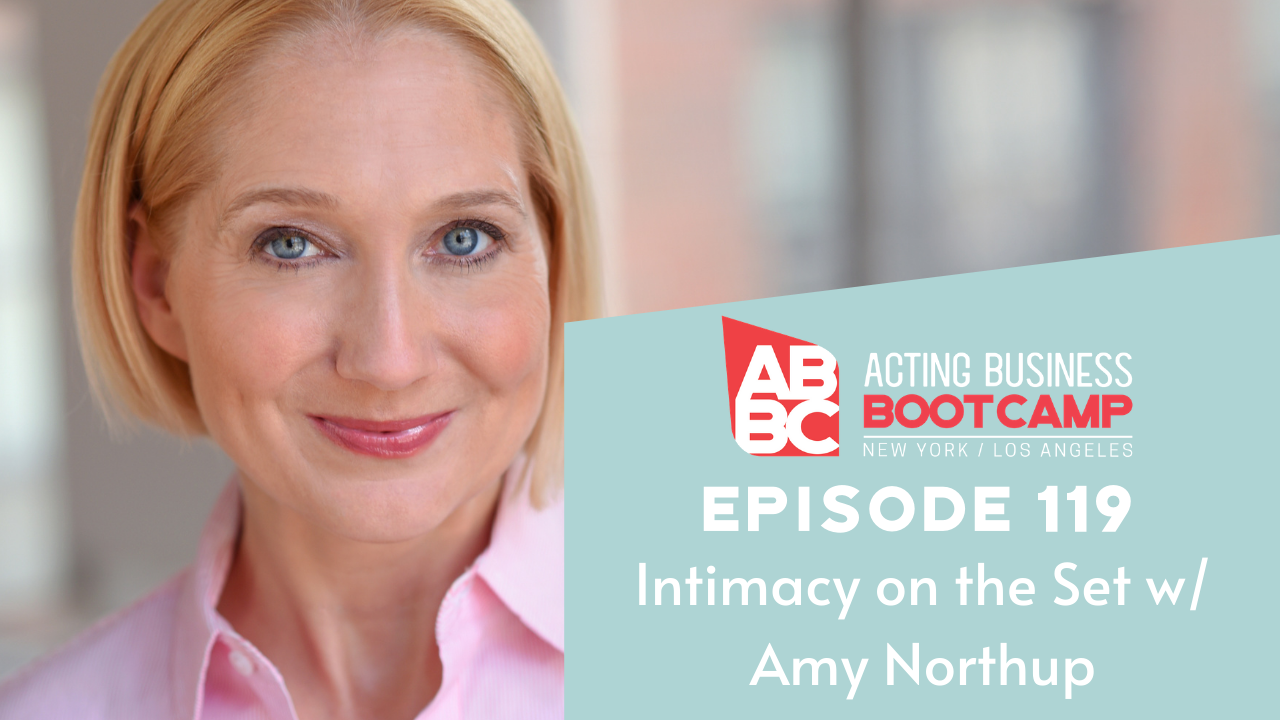 Get the FREE PDF of 8 Questions To Ask Before Doing an Intimate Scene by clicking HERE!

Actors are trained to say yes, and consent is not engrained. Our job is to be a cocreator, a colleague and peer.

Clarification is not accusation.

The mitigation of power dynamics.

Somatic Regulation: How your nervous system talks to you. How we regulate or disregulate and how we engage in behaviors, reactions, responses based on past traumas, overwhelm, stress, or sleep.

The reactions are often from a disregulated nervous system and coming back into regulation and body can be very powerful.

How Amy helps get actors... 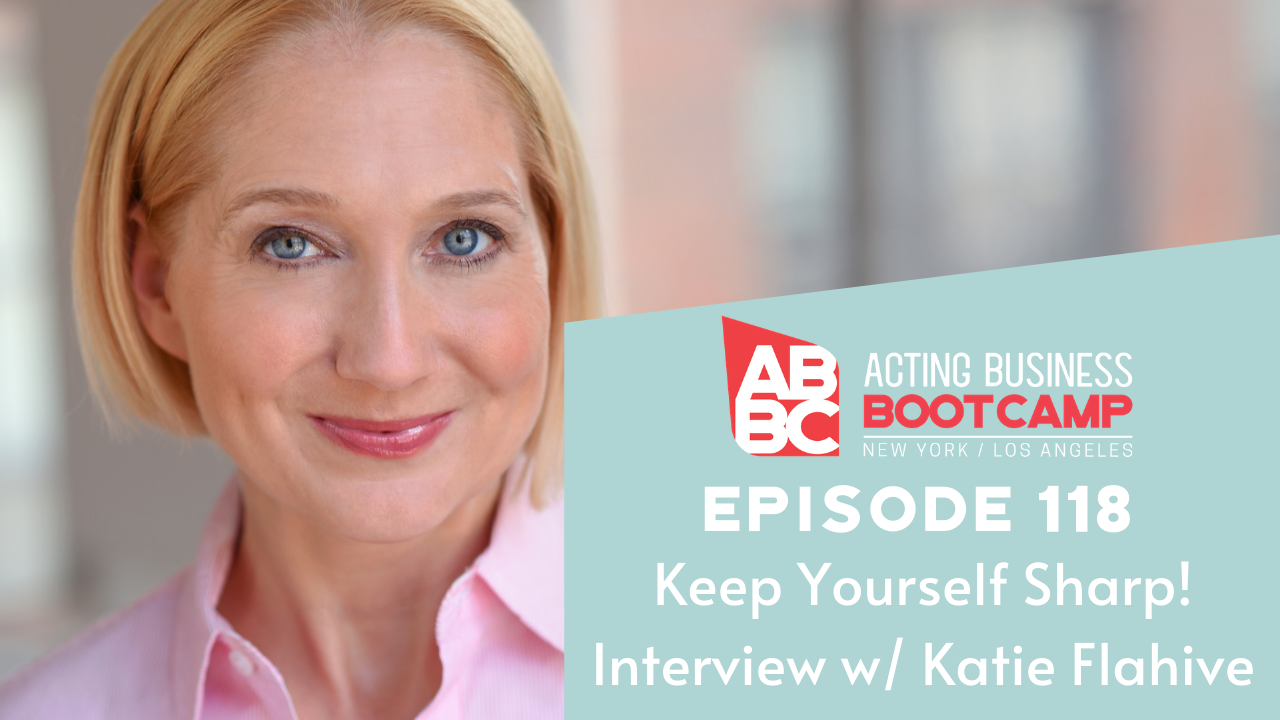 As a teacher, Katie has taught at NYU (Atlantic Theater Company) (Stonestreet Studios) and guest... 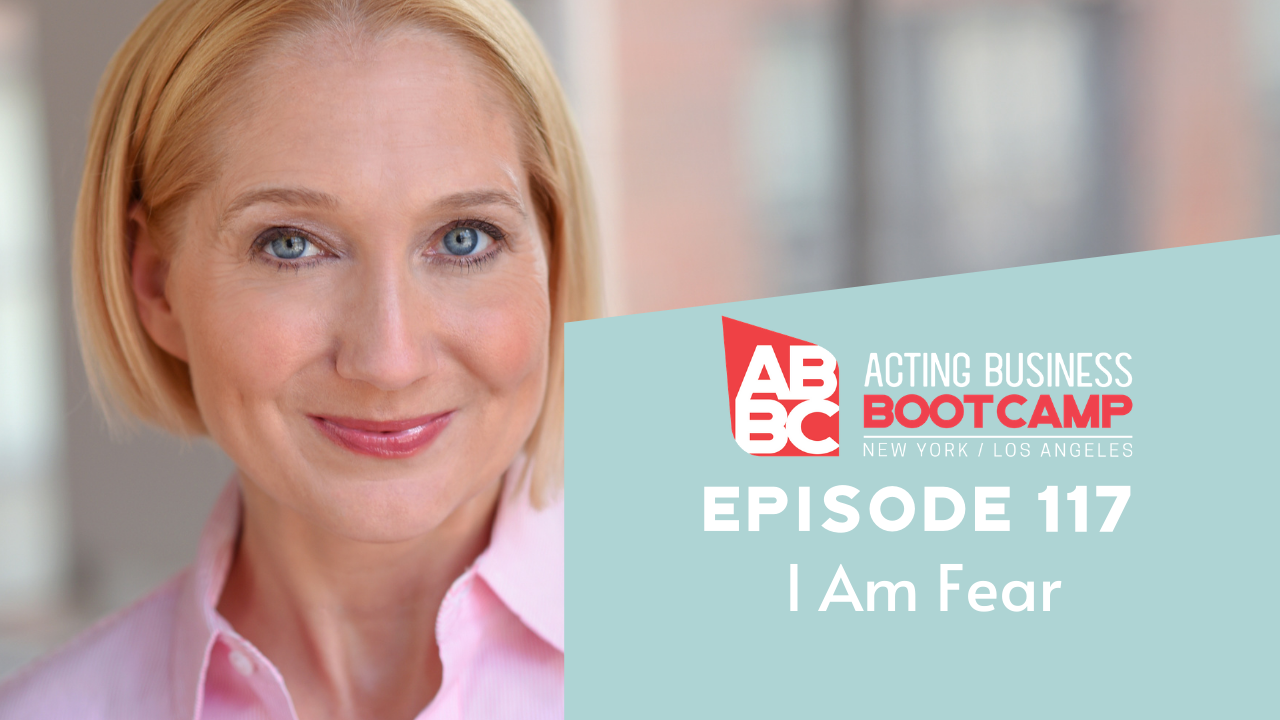 I AM FEAR by Lou Tice

I am Fear. I am the menace that lurks in the paths of
Life, never visible to the eye but sharply felt in the heart.
I am the father of despair, the brother of procrastination,
The enemy of progress, the tool of tyranny.

Like the changing chameleon, I assume many disguises.
I masquerade as caution. I am sometimes known as
Doubt or worry. But whatever I am called, I am still
Fear, the obstacle of achievement.

I know no master but one; is name is Understanding.
I have no power but what the human mind gives me,
And I vanish completely when the light of understanding
Reveals facts as they really are, for
I am really nothing.

Where do you feel fear?

When do I use fear for healthy reasons, and when do I...

Episode 116: An Interview with Robert Creighton 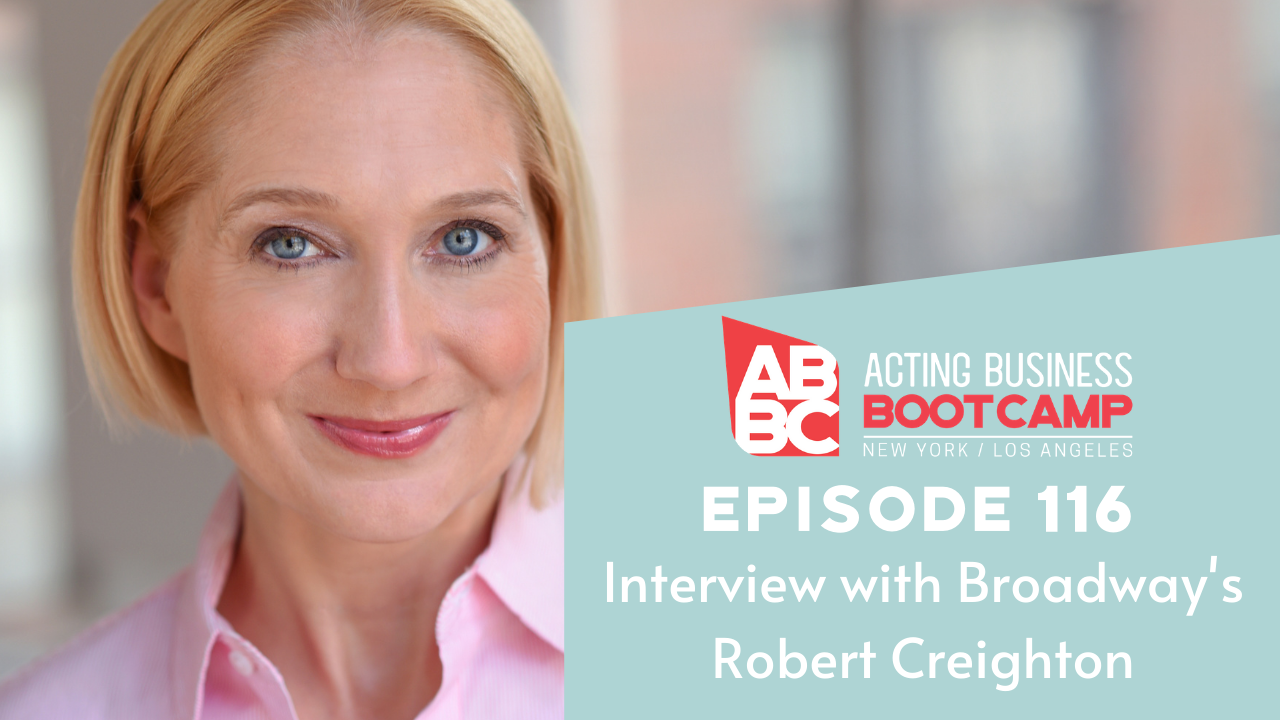 Robert is currently starring as Weselton in Disney’s FROZEN. Other Broadway credits include: THE LION KING (Timon), THE MYSTERY OF EDWIN DROOD (Durdles), ANYTHING GOES (Purser/Moonface), CHICAGO (Amos), THE LITTLE MERMAID (Chef Louis), CHITTY CHITTY BANG BANG, and JACKIE MASON’S LAUGHING ROOM ONLY.  He was co-author and star of the hit Off-Broadway musical CAGNEY which ran at the Westside Theatre, NYC for over 500 performances. For that role he won the Fred Astaire Award for Outstanding Male Dancer and was nominated for the Drama Desk and Outer Critics Circle Awards as Best Lead Actor in a Musical.  Last season he was a recurring guest star on the CBS series The Good Fight. Other guest-starring roles include Elementary (CBS), Law & Order (NBC), The Family (ABC), and Life on Mars (ABC). For his cabaret “Ain’t We Got Fun!” he won NYC’s prestigious Bistro Award for Outstanding Entertainer. His debut album ... 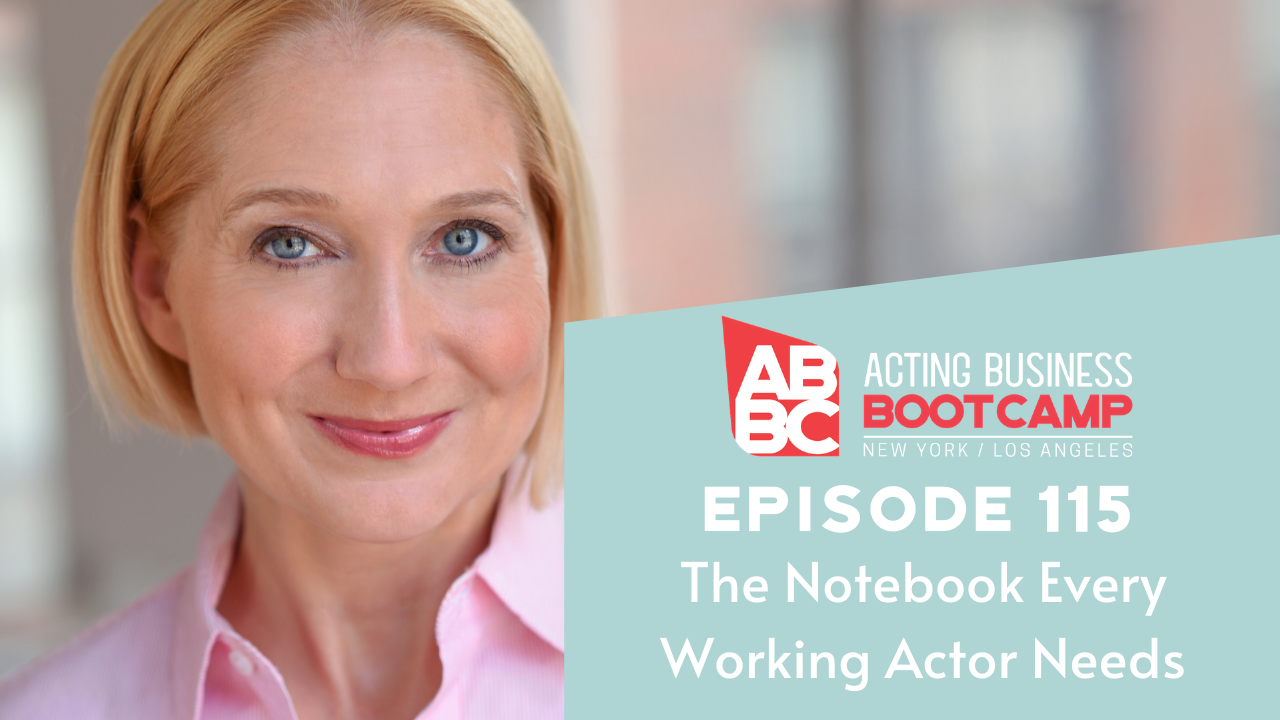 Get a little notebook!