Episode 106: The 3 Must-Knows Before Beginning Your Content Creation Journey with Bill Timoney 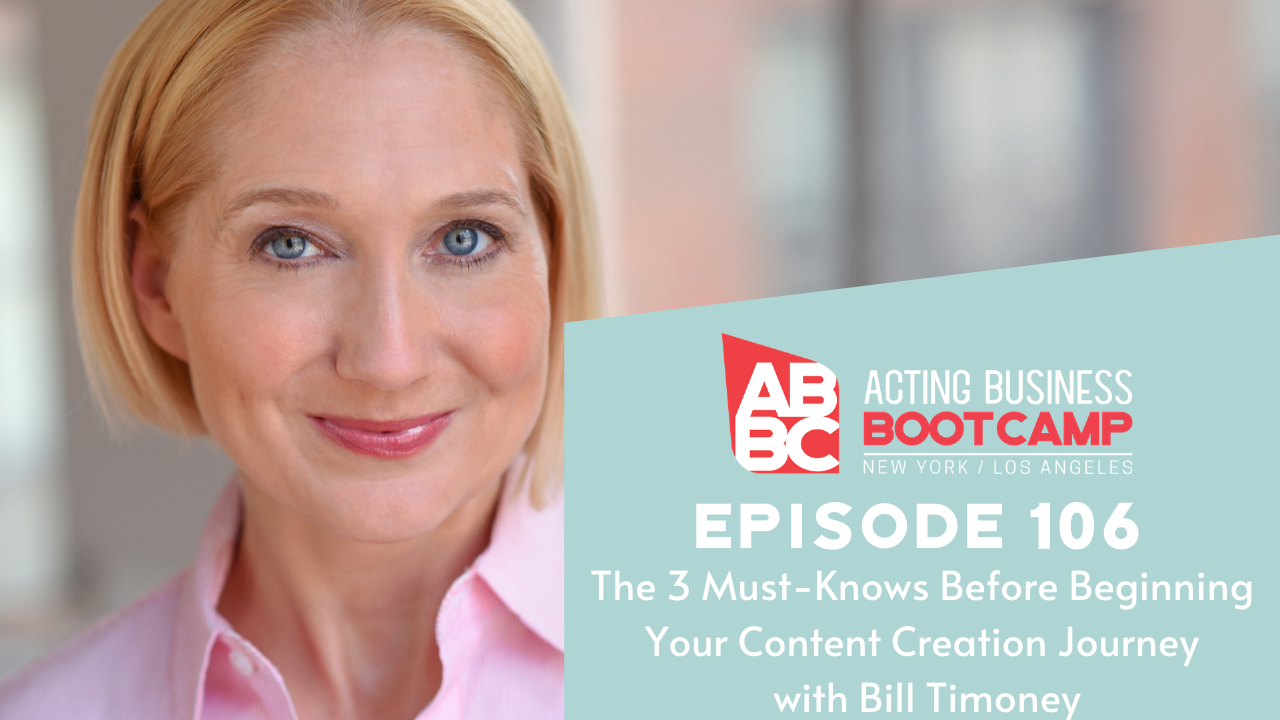 “Leave the good aside and focus on the GREAT”

Bill Timoney has worked in the Arts & Entertainment industry for over four decades. As an actor, his extensive resume includes Broadway and regional theatre, films, prime time & day time TV, commercials, and voice-acting (he specializes in dubbing English language versions of foreign language movies, TV shows, and animated programs). Bill’s eclectic and wide-ranging work experience also includes producing independent films, writing (including a screenplay for the Nickelodeon Channel’s TV movie division), directing, stand-up comedy, brief stints working for both a casting director and a talent agency, advising film festivals, and even coordinating stunts for low-budget Horror flicks. For the last five years, Bill has operated a coaching service for actors and a script coverage & assessment service for producers and talent agencies (by recommendation only). He often works with his longtime friend and collaborator Bryan Cranston; Bill helped Cranston’s production company “Moonshot” create & develop the Amazon Prime TV series “The Dangerous Book for Boys” (for which Bill also served as the on-set acting coach for all the child actors in the cast). Bill currently writes the column “Heard and not Seen: Adventures in Voice-Acting” for the national publication Videoscope Magazine.

Why you need to create your own opportunities.

3 Things to Know Before You Begin