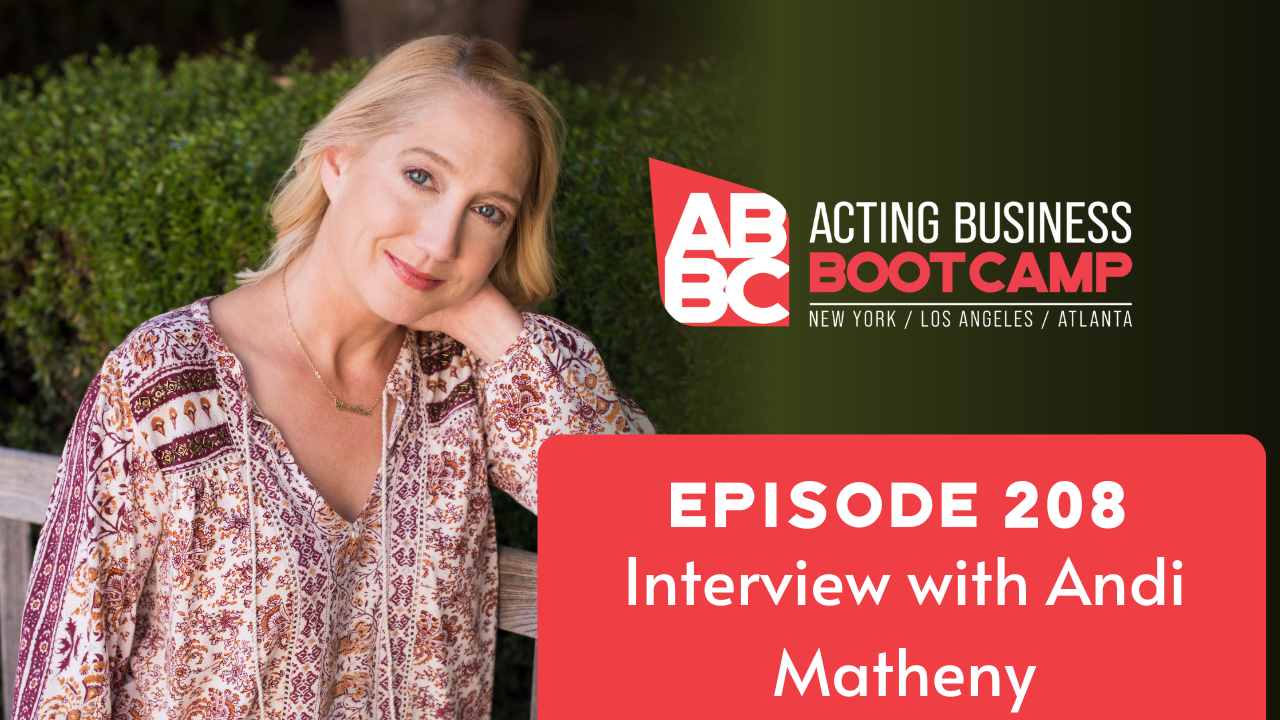 Andi Matheny is a 25-year veteran of Hollywood who started the Andi Matheny Acting
Studios in 2010 and has coached hundreds of actors to book their first roles in TV and
film.

Andi has had a recurring role on The Resident as Dr. Kelly Whitley, starred
opposite Sara Rue in The Hallmark Channel Movie True Love Blooms, opposite Kelsey
Grammer in the film High Expectations, opposite Phylicia Rashad in the Oprah Winfrey
production David Makes Man and opposite Ryan Phillippe and Patrick Duffy in the
comedy Lady of the Manor, written and directed by Justin Long. Other notable credits
include Devious Maids, The Mentalist, Ugly Betty, Zoey 101, The Suite Life of Zack and
Cody, and The Shadow Effect.

Andi hosted the talk shows Friends or Lovers, Essentials, Fit Resort and Spa, and Kwik
Witz. She appeared in dozens of commercials, including a worldwide campaign for
Olay.

Andi won the Jury Prize for Best Florida Film for her directorial debut The Newest
Member at the 2017 Sunscreen Film Festival. Her web series Good Morning St. Pete!
which she wrote, directed, and starred in, won Best Web Series at the 2018 Sunscreen
Film Festival and garnered her the Best Leading Actress Award at the 2018 Tampa Bay
Underground Film Festival.

Andi’s groundbreaking book “Act ALIVE: The Essential Guide to Igniting and Sustaining
Your Working Actor Career” was published in 2022 and debuted on Amazon at #3 in
Acting and Auditioning.

Get the book: Act Alive

How hosting has changed.

hHere is a thing that beginning actors and even experienced actors do. They'll look at a script, right? And the script will say things like, "I hate you, you have ruined my life, blah, blah, blah." And everybody jumps to the conclusion of, “Well, this is an angry scene, and I got to say, I hate you, and you've ruined my life.”

The hot person confrontation is when you find somebody, this "hot person" in your life who has screwed you over, and now you're kind of doing the fantasy version of talking to them the way you wish you could have talked to them in that moment.

As a coach, I'm not interested in your excuses. I'm interested in what you're going to do about it. In spite of all the odds against you.

If your job is to act, you better get fucking good at acting.

Understand what casting directors had been trying to get through my head, which is, I want you to be good.

As soon as you make it about the other person and not about you and your ego, that's when your bookings are going to start soaring.

Art comes from a totally different place. You've got to be connected. You have to be connected from your soul, from a soul level, to what you're doing.

Sometimes the less, the better.