Episode 114: How to Get the Most out of Your Acting Class with Scott Freeman 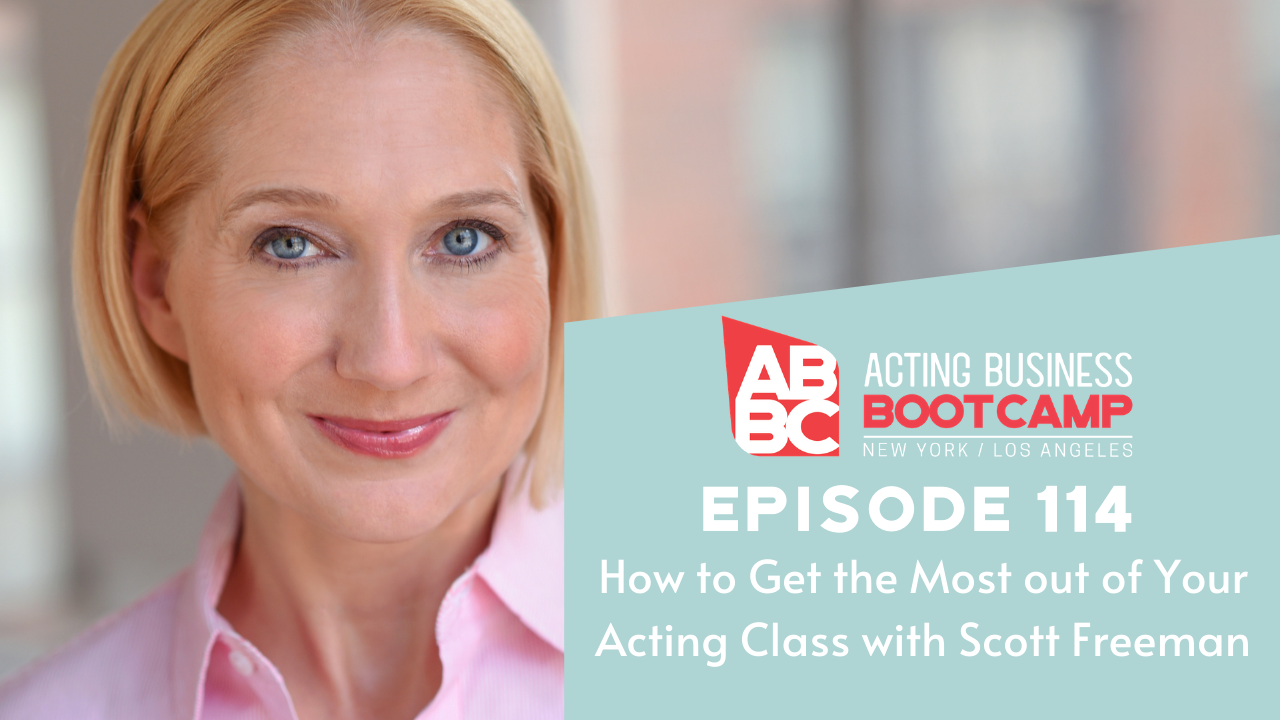 For the past twenty-five years, Scott Freeman has taught at many of the nation's premiere actor training programs and is recognized as one of the leading acting teachers in the country. Mr. Freeman was a member of the founding faculty of The Actors Center in New York City, where he taught throughout the eleven years of its existence.

In addition, he enjoyed a long association with The American Conservatory Theatre in San Francisco as a core faculty member of its MFA program and a member of its acting company. He also served as the founding Head of the University of Minnesota/Guthrie Theater Actor Training Program. He has also taught at Rutgers University, NYU, SUNY Purchase, The Atlantic Theatre Company, and The Stella Adler School of Acting.

As an actor, theatres he has worked at include The  American Conservatory Theatre, South Coast Repertory, New York Theatre Workshop, Mark Taper Forum, The Magic Theatre, San Francisco Shakespeare, San Jose Repertory, Cincinnati Playhouse, and St. Louis Repertory. In addition, he has several film and television roles to his credit.

How did Scott become an acting teacher?

"Actors, not students, but Future Colleagues"

Teaching isn’t all about knowledge, its also about form

Why is curiosity important to an actor?

When you know what it is, just keep imagining how good it’s gonna feel when you achieve it!

You can work on pure craft and the career

“I’m trying to get you to work fast and slow at the same time.”

You have to get to product while having the integrity of process.

Tap into the jugular vein.